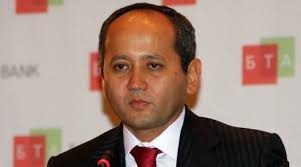 In the film version of John Grisham’s The Firm the character played by Tom Cruise persuades his gangster clients that records of their affairs will remain secret and untouchable by the authorities while he remains their lawyer – and alive – due to the doctrine of legal professional privilege. His powers of persuasion may have justified their retaining him as their attorney, and sparing his life, but in fact in most States in the US – including that in which the book/film was set – the law is very different.

The same is true in England and Wales, as demonstrated by a recent decision of Popplewell J in the continuing legal battle between the Kazhak authorities and Mukhtar Ablyazov, a former head of the JSC BTA Bank † who allegedly defrauded the bank of $6 billion and failed to appear in the legal proceedings in London seeking its recovery. What Mr Ablyazov did do, however, was engage expensive lawyers to thwart attempts to recover the $4.6 billion for which judgment had been obtained and to resist applications for his committal for breach of numerous court orders. He also engaged the services of associates to assist him, lied to and/or deliberately misled the court about the extent of his assets in various affidavits, and dealt with such assets in flagrant breach of court orders.

In this application the bank sought the disclosure from Mr Ablyazov and another of documents relating to their assets which would ordinarily attract legal professional privilege unless falling within the “iniquity” exception, and which were held by the third to fifth respondents – who were their solicitors or former solicitors.

The principle invoked by the Bank, sometimes called the “fraud exception” ‡, finds its modern origin in R v Cox and Railton (1884) 14 QBD 153, and was summarised by Longmore LJ in Kuwait Airways (Disclosure : Fraud exception) [2005] EWCA Civ 286; [2005] 1 WLR 2734 at [14] as being that if a person consults a solicitor in furtherance of a criminal purpose then, whether or not the solicitor knowingly assists in the furtherance of such purpose, the communications between the client (or his agent) and the solicitor do not attract legal professional privilege. The principle is not confined to criminal purposes, but extends to fraud or other equivalent underhand conduct which is in breach of a duty of good faith or contrary to public policy or the interests of justice.

There are two classes of legal professional privilege : legal advice privilege and litigation privilege. Although the iniquity principle has most often been invoked in relation to legal advice privilege, Kuwait Airways decided that the iniquity exception was equally capable of applying to litigation privilege. Where legal professional privilege exists, it is inviolate: there is no balancing exercise to be undertaken between the interest in maintaining privilege and competing interests in disclosure of the communications. The underlying rationale for the existence of legal professional privilege was explained by Lord Taylor of Gosforth CJ, tracing the history of the development of the doctrine from its origins in the 16th century in R v Derby Magistrates Court ex parte B [1996] 1 AC 487 at pages 504 to 507, where he concluded:

“The principle which runs through all these cases and the many other cases which were cited, is that a man must be able to consult his lawyer in confidence, since otherwise he might hold back half the truth. The client must be sure that what he tells his lawyer in confidence will never be revealed without his consent. Legal professional privilege is thus much more than an ordinary rule of evidence, limited in its application to the facts of a particular case. It is a fundamental condition on which the administration of justice as a whole rests.”

Such privilege is not prevented from attaching merely because the solicitor is engaged to conduct litigation by putting forward an account of events which the client knows to be untrue and which therefore involves a deliberate strategy to mislead the other party and the court, and to commit perjury, as is clear from R v Snaresbrook Crown Court Ex p DPP [1988] QB 532 and R v Central Criminal Court Ex p Francis & Francis [1989] AC 346.

Where is the line to be drawn between “the ordinary run of cases” in which privilege attaches to communications with a solicitor by a client with a view to advancing a knowingly false case, and the conduct in Kuwait Airways? After an extensive analysis of relevant case law Popplewell J declared that the answer lies in a focus on three aspects of legal professional privilege and the iniquity exception.

He concluded, therefore, that the touchstone is whether the communication is made for the purposes of giving or receiving legal advice, or for the purposes of the conduct of actual or contemplated litigation, which is advice or conduct in which the solicitor is acting in the ordinary course of the professional engagement of a solicitor. If the iniquity puts the advice or conduct outside the normal scope of such professional engagement, or renders it an abuse of the relationship which properly falls within the ordinary course of such an engagement, a communication for such purpose cannot attract legal professional privilege. In cases where a lawyer is engaged to put forward a false case supported by false evidence, it will be a question of fact and degree whether it involves an abuse of the ordinary professional engagement of a solicitor in the circumstances in question. In the “ordinary run” of criminal cases the solicitor will be acting in the ordinary course of professional engagement, and the client doing no more than using him to provide the services inherent in the proper fulfilment of such engagement, even where in denying the crime the defendant puts forward what the jury finds to be a bogus defence. But where in civil proceedings there is deception of the solicitors in order to use them as an instrument to perpetrate a substantial fraud on the other party and the court, that may well be indicative of a lack of confidentiality which is the essential prerequisite for the attachment of legal professional privilege. The deception of the solicitors, and therefore the abuse of the normal solicitor client relationship, will often be the hallmark of iniquity which negates the privilege.

So much for the approach in domestic law, but today that is not enough. The same analysis is not inconsistent with rights under the European Convention on Human Rights and the European jurisprudence in relation to lawyer client privilege. Lawyer client communications potentially engage the right to privacy in correspondence under Article 8 but here, as in domestic jurisprudence, the right attaches because the communication is one involving confidence: see Campbell v United Kingdom (1993) 15 EHRR 137 at [46]-[48] and Michaud v France (application no 12323/11) (2014) 59 EHRR 9 at [117]-[119]. Where there is an abuse of the relationship interference with Article 8 rights is justified where proportionate.

Privilege in communications with lawyers also potentially engages the right to a fair trial under Article 6, because the European Court of Human Rights has held that the concept of a fair trial consists of various elements which include the rights of the defence, equality of arms, the right of access to the courts, and the right of access to lawyers in civil and criminal proceedings, all of which may be infringed if lawyers are unable to carry out their task of advising, defending and representing their clients satisfactorily as a consequence of the invasion of privilege: see Ordre des Barreaux Francophones et Germanophones and others v Conseil des Ministres Case C-305/05 [2007] All ER (EC) 953 at [31]-[32]. But here it seems self-evident that Article 6 rights cannot be invoked to protect communications in furtherance of a purpose which is the very opposite of securing a fair trial, namely the perversion of the course of justice by concealment, perjury and the defiance of court orders.