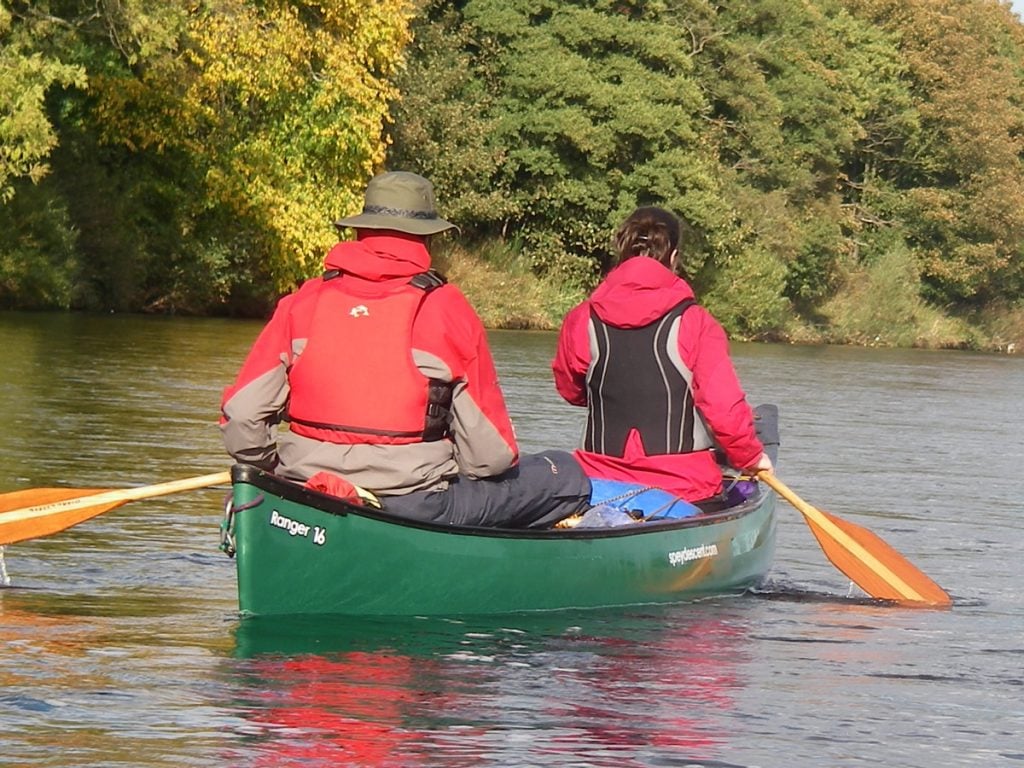 Summer is a comin’ in, and as we have already seen it may again be a hot one. At the first sign of sunny weather many – particularly around the north and east of the region – will be hoping for an early finish in court, or cancellation of that afternoon appointment, so that they can leave the office on an urgent, non-specific appointment and take to the water. With that in mind, and having recently been paddling a canoe around Barton Broad, I began pondering what the law has to say about the rights of those on the lakes and rivers.

In this short article I have no time to discuss issues concerning boundaries with water, rights to the foreshore, to divert water, or the fascinating prospect of acquiring title by adverse possession to that piece of river bed on which, between tides, a barge rests at its mooring.[1] Instead I shall focus on just one matter relevant to those messing about in boats : rights of access.

A 2009 Early Day Motion[2] in the House of Commons by canoeing enthusiast John Grogan MP stated :

this House notes …that over 2.5 million paddlers in Britain only have access to 1,400 miles of inland water in England and Wales, which is less than four per cent of the total 41,000 miles of waterways over three metres wide; further notes that while the Countryside and Rights of Way Act 2002 only incorporates land, the Scottish Land Reform Act 2003 and its supporting Scottish Outdoor Access Code includes waterways, ensuring that paddlers have the same rights as walkers and access to all of Scotland’s waterways.

At common law a distinction was made between public rights of navigation over tidal and those over non-tidal rivers.  A tidal river is regarded as being public in every respect, the obstruction to any part of the river being considered an obstruction to navigation.[3]  With non-tidal rivers, the riparian owner also enjoys property rights to the river bed, right up to the midline.  The owner of both sides controls the whole stretch of river bed, and therefore access to and along it.  If a river doesn’t have a public right of navigation and consent has not been obtained from the riparian owner then it is a trespass to row, paddle or even wade in it.  Furthermore, no right of navigation exists or can be created on a non-tidal river simply under the provisions of the Highways Act 1980, s.31.[4]

Some rivers, or non-tidal parts of rivers, such as the Thames in England and the Spey in Scotland, have been subject to  public rights of navigation since time immemorial.  In the case of the latter a clash between canoeists and the owners of valuable fishing rights reached the House of Lords,[5] where Lords Wilberforce and Hailsham considered with some relish cases on the right to float logs downstream, from Quebec (based on its pre-revolutionary French civil code) and New York State (based on English common law).  Lord Hailsham observing that “what I have now held to be the law of Scotland happens to coincide with what I believe to be the law of England”, the House determined :

In Rawson v Peters[7] the Court of Appeal held on the facts that a canoeist had no right without permission to navigate on a part of the River Wharfe in which fishing rights had been sold to an angling club, even though nobody was fishing at the time, but according to Halsbury’s Laws of England[8] Lord Denning MR (although he was not reported on this point) observed that there are many cases in which a canoeist has a right to navigate; the right may be acquired by long user or by grant or reservation, and if the canoeist has the right the owners of the fishing rights must allow the navigation and put up with the disturbance to the fishing.

The Court of Appeal has more recently confirmed[9] that, where common law navigation rights over the Thames had been extended by statutory ones but their exercise over a particular stretch of water had long fallen into disuse, the Act[10] did not restrict public rights of navigation which existed before its coming into force and could not confer any new right on a riparian owner to exclude any person from exercising such rights.  However, where the actions of the navigation authority had led purchasers of a riverside estate to believe the waters were private these were sufficient to give rise to a legitimate expectation (albeit more limited in scope than the right to continue to enjoy the stretch of river as private which they contended for), and such an expectation relating to property could be a “possession”, the peaceful enjoyment of which was entitled to protection under article 1 of the First Protocol to the ECHR unless the interference by the authority with that possession was justified and proportionate.

Once acquired, a public right of navigation is not easily lost; and not by mere disuse.  However, it can be lost through natural causes, such as an accumulation of mud rendering navigation impossible.  If a river is obstructed in such manner this does not however give the public the right to cut another passage through adjoining lands, and when a navigable river has been obstructed for a long time and there is nothing to show how the obstruction came to be there, it may be presumed that the public right of navigation has ceased and the obstruction may not be removed.[11]  However, the right is not lost if the river changes its course since it will be exercisable over the new channel.[12]

This is an extended and revised version of an article first published in the summer 2009 edition of Norfolk Law magazine.  For further information on the topics in this article and to talk to Graham Sinclair, please get in touch with the clerking team at EA Law – East Anglian Chambers on 01473 214481.