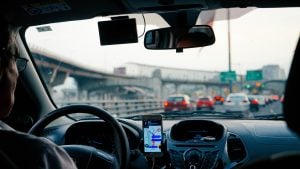 Delivering his judgment today, Lord Leggatt said that the Supreme Court unanimously dismissed Uber’s appeal that it was an intermediary party and stated that drivers should be considered to be working not only when driving a passenger, but whenever logged in to the app.

The court considered several elements in its judgment:

Looking at these and other factors, the court determined that drivers were in a position of subordination to Uber where the only way they could increase their earnings would be to work longer hours.

The Supreme Court’s ruling that Uber has to consider its drivers “workers” from the time they log on to the app, until they log off is seen as a key point. Uber drivers typically spend time waiting for people to book rides on the app. Previously, the firm had said that if drivers were found to be workers, then it would only count the time during journeys when a passenger is in the car.

When Uber listed its shares in the US in 2019, its filing with the US Securities and Exchange Commission (SEC) included a section on risks to its business. The company said in this section that if it had to classify drivers as workers, it would “incur significant additional expenses” in compensating the drivers for things such as the minimum wage and overtime. “Further, any such reclassification would require us to fundamentally change our business model, and consequently have an adverse effect on our business and financial condition,” it added. Uber also wrote in the filing that if Mr Farrar and Mr Aslam were to win their case, HM Revenue & Customs (HMRC) would then classify the firm as a transport provider, and Uber would need to pay VAT on fares.

The company has long argued that it is a booking agent, which hires self-employed contractors that provide transport. Every tribunal in the process, however, has rejected that argument.